Pacifying Branch - Call to Arms in Effect Until Monday

In an emergency meeting late last night, SMA council leader EX River announced a call to arms, meaning the entire alliance will be on full alert until Monday.

All pilots are to return to pocket immediately, along with all alts in the alliance. Move your death clone to the appropriate location, and be sure to have jump clones nearby, along with a good supply of ships.

Remember to stay on Teamspeak, and to join the standing fleet upon logging in. All fleet tracker submissions will be counted as usual, so make sure to fill them out. The long CTA is meant to concentrate alliance resources on stamping out hostiles within SMA space. SMA, sitting on the edge of Branch and the fringe of coalition space, has been subject to weeks of harassment by enemy forces, as well as Initiative mercenaries operating out of Venal.

Alliance leadership's decision to crack down on hostile mercenaries comes in the wake of threats made by a leader of Against All Authorities after the coalition's recent interference in a 2000-ship battle between -A- and the Russians.

Since our last news post I can report that the SSX-TOR group have cleared both the Black Talon & Boarding Party flashpoints several times together since. Now that we have mastered these two easier flashpoints we've we decided to set our sights on the next ones up, the first one being the Foundry. I can happily announce that a group of us took the place by storm this weekend and successfully cleared that one as well, making it the third hardmode flashpoint we have completed. - Congrats to all involved!

Next weekend (March 10th) is our planned Eternity Vault run. As a reminder this is an 8 man operation so if we are to do this we will require both of our tanks & healers online and all of our dps members too otherwise it won't be possible to do an SSX run. (Just to note that this is not a requirement of course and if we do not have the people online we will go back to doing a normal hardmode instead most likely, unless people really wanted to look for randoms to fill SSX EV slots. However it would be great to do something with a bigger group like this to get more of us involved and playing together.)

Yesterday evening the SSX spent some time attempting another flashpoint, this time it was the Boarding Party in hard mode.

I can report that we had yet another successful night together. The final boss battle (which consisted of Commander Jorland, Security Chief Massey and Medical Officer Alon) did take us a few attempts whilst we got to grips with the encounter & tried different tactics but we got there in the end and successfully downed the three of them, finished the flashpoint for the first time.

This marks the second hard mode flashpoint which we have completed as a guild and will hopefully be one of many yet to come.

A successful evening in TOR

This evening saw the first day of our pre-scheduled SSX grouping in The Old Republic.

Our group (Anubis, Ash, Eeks & myself) started off with a fullly cleared hard mode run of the Black Talon flashpoint followed by a trip to Directive 7, also hard mode.

Unfortunately we didn't make it past the Bulwark encounter in D7 HM this time but much fun was had by all. (Don't you worry, we will be back for you!)

More runs are planned for the same time next week (Saturday 25th at 7pm GMT) but we may do some during the week on the spur of the moment too if we can.

In the meantime feel free to check out the gallery where you'll find a selection of screenies from tonights events.

Our SSX guild in The Old Republic now has seven level 50 characters with several other members working their way up as well.

To make the most out of our time together as a group and thus get to experience more of what the game currently has to offer we're planning to run some of this content together as a group every weekend (Saturday's, when possible). For instance hardmode flashpoints, premade warzone groups and when we're able, operations.

We'll be starting these from this coming Saturday (18th) at 7pm GMT. The amount of groups we can run will depend on how many members we have online at the time, most importantly tanks & healers, but we're hoping these will become a regular thing for us. As our guild continues to grow and more people reach 50 it's also likely that we'll start running these on the spur of the moment on other days too. ~ Please see this thread for any future events we may have arranged.

If you've got a level 50 character and you'd like the option to be able to participate in these with us you can start by checking over your gear and seeing what needs improving.

When you hit 50 your aim should be either pvping to get full champion (centurion at the very least) or you can stick to doing the dailies on Belsavis & Ilum for the purple mods and earpiece etc.

Get gearing, peeps. Looking forward to it!

The recent test server update 1.1 sees the welcome addition of anti-aliasing as well as Rise of the Rakghouls, changes to Ilum & operation Karagga, PvP bracketing for Warzones and other fixes. This is due to hit the live servers next Tuesday, January 17th.

Come March we will see the second content update which will be much bigger. This will reportedly include a whole new planet, guild banks, a brand new warzone & operation, the second part of the Legacy system will be implemented and PvP will have ranking systems. Plus lots more.

BioWare are supporting the game really well post-launch and seem to have lots in store for players. They already have several other big updates in the works with the story already written for the fourth & fifth content updates and voiceover work is already underway for those too!

Lots to look forward to ;)

SSX Up and Running In The Old Republic

With the game having launched several weeks ago worldwide, the SSX now has a strong presence firmly established in Star Wars: The Old Republic.

With 19 members and 27 characters between them so far, we've had a relatively strong start in the game and are having a lot of fun both together and solo. Having already set up various SSX runs through Flashpoints and Heroic content, we hope to be able to do a lot more of this in the coming weeks - in between questing and chatting over Guild chat of course!

Some of our experiences so far, be they exploratory or group based happenings, have been chronicled in our Gallery, and we plan to add more images in as the group continues to grow and evolve as time passes.

Should anyone want to join us ingame, feel free to post on our forums and/or contact us ingame. We're on the Bloodworthy server (EU, English), and would be delighted to have you along for the ride with us in this exciting new game!

As promised I can now reveal the server information for our Empire guild in TOR.

Allegiance to: The Sith Empire

If you are one of the people who joined our pre-launch guild before importation started you will see a gold flag icon next to our assigned server on the server selection screen ingame. Pick this server and start creating your character.

Once you are ingame you will be presented with a dialogue box inviting you to join our guild. Please note that you can only accept this automatic invite once so please try and make sure that the character you accept on is your main. If you decline the invite you will be asked again on the next character you create either until you accept or you enable the "ignore guild offer" in the preferences options. ~ If you go on to create alternate characters on the same server as our guild you should either PM one of us for an invite (alts are more than welcome) or you can leave your alt(s) clanless if you would prefer.

For any existing members who may have only recently decided to join us in TOR just hit one of us up ingame and we'll throw an invite your way too!

Lastly, as a friendly reminder and at the risk of sounding like a broken record. Once you are in the guild it would be greatly appreciated if everyone can make sure their character details have been added to our Roster thread on the forums and remains up to date. - Huge thanks for this.

[For a more detailed guide on how the Guild Deployment system works you can read the announcement post here.]

Look forward to seeing you all ingame! ;)

Those of you who have pre-ordered a copy of The Old Republic will be pleased to hear that the earlier reported "up to 5 days" early access, depending on how soon you redeemed your key, has now been increased to 7 days and will start on December 13th at 12pm GMT (7am EST). Less than a week away. - If you have pre-ordered a copy of the game sit tight and you will receive an email on the day that your access begins.

If you were one of the people who participated in the beta testing weekend between November 25th & 28th and still have the client installed you will be able to use this for launch and there is no need to redownload. Just let it patch as you would normally and you're ready to go.

If you did not take part in that particular weekend or you have an older build of the client installed you are now able to pre-load the launch client ready for playing. If you come under the latter then fully uninstall first. Then simply log in to your account and navigate from "My Account > Pre-Order > Download Game Client" to begin your download process.

So, get your downloads going if you still need to!

Also be sure to check back on Monday (Dec 12th) to find out what server our guild has been deployed on!

Several of us here have enjoyed a wonderful weekend in the Old Republic this week. I'm happy to say that the vast majority of us seem to have come out of it with a very positive impression of the game in general and in some cases has completely rekindled their interest in the game.

Now that players are allowed to talk about their experiences and share screenshots & videos too we have a nice new selection of beta screenshots in our gallery for your viewing pleasure.

Feel free to check them out and expect to see many, many more next month when the game launches!

Happy THE LAST OF US DAY! We’ve joined forces w/ our friends at @Naughty_Dog & the brilliant @tulalotay to release a new vinyl soundtrack & 2 timed edition posters! And a beautiful art book for the game from our friends at @DarkHorseComics. On Sale Now! mondoshop.com/collections/th… 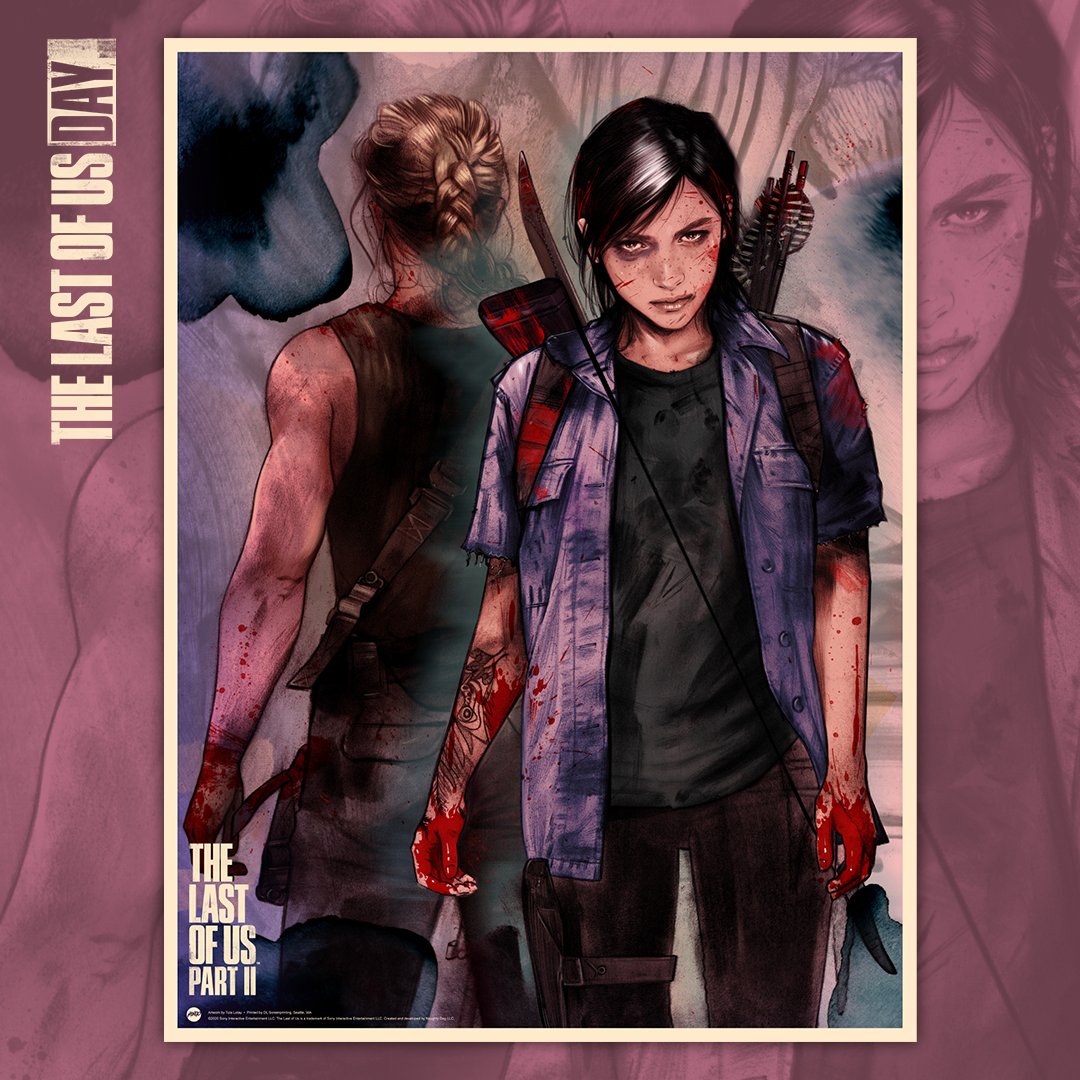 Little thread about an IT incident involving windows 3.1 and DOS undelete.

"Why were you still asleep?", you didn't ask. This is why.